PsychicTXT | Highs and Lows Are Part of Growth and It All Makes Us Stronger - PsychicTXT
3330
post-template-default,single,single-post,postid-3330,single-format-standard,layout-2cr,ajax_updown_fade,page_not_loaded,,large,shadow3 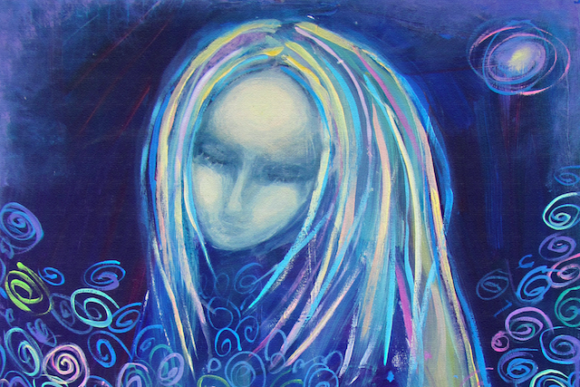 Sometimes we need to journey into the deepest, darkest, scariest, most painful places inside in order to reach the next level.

This is what happened to me earlier this year.

When I was younger, I was in an abusive relationship that created a lot of stories in my head. These stories became beliefs that I carried around for a long time. Beliefs like, “I’m not good enough,” “Relationships are painful,” “I don’t have a say,” “I need someone else to show me I’m worthy,” and “I need to be perfect to receive love” (just to name a few).

As a conscious adult, I’ve done a lot of healing work and spiritual development around this, and am proud of the growth I’ve experienced between where I was then and where I am now. But even still, I have setbacks. We all do.

None of us are immune to the fears and self-doubt that pop up when “life happens.” None of us are safe when the ground we’ve worked so hard to establish gets ripped out from us.

I met someone new. He wasn’t like the other men I’ve dated—men who are safe and stable, and who give me a sense of being in control of the situation. He was uncharted territory for me. Hard to read. Mysterious. Kept me guessing.

He would surprise me with nice gestures like showing up with sunflowers, sending me unexpected notes about how beautiful I am, you know… the works. Not to mention the sex. THE SEX! For the first time, possibly in my whole life, I felt really seen, appreciated, valued and truly beautiful while having sex. There was nothing awkward or uncomfortable or weird or threatening about it. I had met Mr. Perfect… or so I thought.

What I know now that I didn’t recognize then was that this guy was an assignment. The Universe heard me loud and clear when I announced that I was ready to be alone and/or in a vulnerable relationship (which is actually a very confusing declaration to make in the first place, so… no wonder stuff got weird!), and so I was sent this guy—let’s refer to him as Mr. Perfect from here on out—as a test.

Mr. Perfect was an opportunity for me to put into practice all of the things I had learned about myself over the past twenty-five years.

Let’s just say that I failed that test. Miserably.

After an all-out eight-day binge on this guy, we were both like a couple of strung-out addicts, totally manipulative and controlling and hopeless about our futures, but pretending everything was just groovy. We were practically playing house together when we hadn’t even known about the other’s existence just a month earlier.

Somewhere throughout the week with Mr. Perfect, my energy shifted. I went from this high-vibe, loving, independent, strong version of myself, to this weird, controlling, self-conscious, anxious, creepy version of me. I went from Jennifer Aniston status to that chick in Mean Girls who’s obsessed with Regina George way too quickly, and my old limiting beliefs started to take over.

Suddenly, I was operating from that old, abusive relationship version of me.

The version of me who thought that being vulnerable in a relationship meant getting hurt.

The version of me who thought that the guy needs to control everything, and that I am not safe to speak up about what I really want, because you never know how he’s going to react.

The version of me who felt uncomfortable in her own skin, so tried really hard to look pretty, say the right thing, and always do something more in an effort to be noticed.

The version of me who thought that I needed a man to “save me,” or that he was the one answer to all of my problems in life.

You can only race like that for so long until you crash.

And so, eight days of passionate sex, cute notes, sleepless nights, hours of butterflies in my stomach, several dinners, one brunch, way too much tequila, and two bouquets of flowers later, we bottomed out. Both of us.

Mr. Perfect and I took a crash course in “How to Not Date as Intentional, Conscious Human Beings 101.” Our worlds both went spinning—his, with a huge f*ck up at work, likely the result of us spending too much time together; mine, reversing to harmful coping behaviors that used to show up when I was younger.

When I got the text from Mr. Perfect that started with “We need to talk,” I went into a downward spiral of emotion and drama. He wanted to end things. I wanted to die. I literally paced outside my apartment building for three hours trying my very best to not have a heart attack.

I questioned everything. Was any of it real? Did I mean anything to him? How could I screw this up? How could I fix it? I needed to fix it. How could I mess up such a perfect thing?

But suddenly, I had a beautiful recognition. I noticed that there was a shift. In my heart space, I could feel the presence of my Higher Self. The part of me that’s connected to something bigger. The part of me that knows these stories of not being good enough are complete BS.

And just like that, I was no longer living in the stories that were sending me into a near panic attack. I was above that. I knew that I was better than that. That I deserve more. That it wasn’t my fault. That I didn’t do anything wrong. That I was still just as worthy as love and acceptance and beauty as anyone else on this planet.

In that moment, I forgave myself.

I forgave myself for the behavior that caused him to end things.

I forgave myself for the fact that I let it get to the point where we even engaged in an eight-day binge on each other.

And most importantly, I forgave myself for all the negative and self-doubting talk, limiting beliefs, and lame stories I told myself when it happened.

I saw that the stories were keeping me stuck. I saw that they made me revert back to this old version of me that I no longer was. And I saw that I had the awareness and the power now to intentionally choose to believe a different story instead.

I chose to believe that this story was no longer serving me, and that I could rise above it.

That I actually didn’t need a man to “fix” me or to complete me, but that I had actually been doing that work on my own all along.

I decided that I was done with this belief of not being good enough.

I was soooo done.

I decided then and there to stay committed to this path of personal growth and transcendence, because I see now how all of the pain and struggles that I’ve been through actually happened for me, not to me.

All of it was for a reason.

You can do the same. Everything that you’ve been through—every negative thought or limiting belief or fear that you’ve had that’s kept you from what you want the most in life—it’s all within your power to change. If you decide that you deserve it.

Healing is not linear. There will be highs and lows, laughs and tears, moments of total bliss and moments of complete uncertainty and self-doubt. But your Higher Self is there through it all, and S/he wants to see you come out stronger through each and every assignment that the Universe throws your way.

S/he is cheering you on from the sidelines and always there for support as your #1 fan, no matter what crazy stuff comes across your path. And that person, that part of you, needs you to show up to these assignments. To really face the fear head on, to feel the pain, and to move through it.

Because on the other side of fear and pain and struggle and darkness lies your greatness.

Looking back at it now, I don’t think I failed the test the Universe sent me. I think I passed it. Because I chose my Higher Self, I chose self-love, and I chose me.

Maybe that was the lesson all along.

Lauren is a life coach, blogger, and yoga teacher in Phoenix, AZ. She’s actively creating a life that lights her up from the inside out, and helping her clients to do the same! She also has a serious coffee addiction. Check out her blog at laurenmaddencoaching.com.

Do  you slip into self doubt when things dont do your way? Do you question every part of a failed relationship? If  you are looking for answers you can start by reaching out to any one of our talented spiritual advisors. They can look into all of your situations and help you make sense of the past, present and give insight on whats to come in your future.