PsychicTXT | I’ve Been Hurt Deeply Before. How Can I Restore My Faith in Relationships? - PsychicTXT
3424
post-template-default,single,single-post,postid-3424,single-format-standard,layout-2cr,ajax_updown_fade,page_not_loaded,,large,shadow3 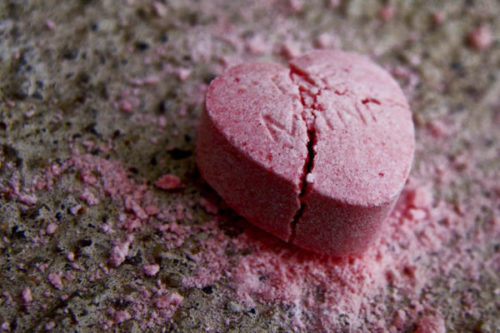 I’ve Been Hurt Deeply Before. How Can I Restore My Faith in Relationships?

I don’t remember how I found you and your blog. What I remember is how touched I felt when I read your series “How to Move On from a Heartbreak.” At that time I was in a similar ambiguous romantic-yet-not-in-a-relationship position that you were in with G, and successfully moved on from it. I posted a “Thank you” in response.

Now, three years later, I just moved on from a relationship that broke due to infidelity and betrayal. However, having been betrayed before, I’m afraid of being betrayed again. I know that I cannot live in the past, but my past has changed me into the person I am, including all my fears and insecurities in relationships.

According to your signs, I have already moved on from my former relationship. I have forgiven all the infidelity and betrayal, sought closure with my ex and moved on. I no longer blame my ex or my past, but you know, emotions are real even if you don’t want them to exist. How can I move on with complete faith in relationships again?

Hi Anna, firstly, I’m sorry to hear that you were betrayed before. Secondly, I’m really happy for you that you’ve moved on. It was not an easy thing to do but you have done it. Now it’s about taking the next step ahead.

The fear of betrayal one experiences after an infidelity may be due to the traumatic experience of that ordeal. However, given that you said you have moved on (and it sounds like you have since you have worked through all the steps of moving on) but the fear still persists, this fear — or at least the root of this fear — may well have nothing to do with that infidelity. Rather, it may stem from before this incident — before you were cheated on, before you even got together with your ex.

In other words, your ex’s infidelity didn’t cause your fear of betrayal. It merely brought it to your awareness. More specifically, it is probably the reflection of deeper fears you have surrounding love, relationships, and most of all, yourself.

Example: My Experience with Heartbreak

For example, after I was let down by G in university, there were times when I wondered if I would ever find someone I like. My subconscious conclusions from the episode were that I wasn’t good enough to be loved, that I could never find love and that perhaps I was destined to be alone. The experience of liking someone, opening my heart to him, and not having my feelings requited crushed my heart (and ego). Deep down I felt like shit, an experience I’ve already detailed in my moving on series.

There were times when I thought that all my relationship and singlehood woes would be resolved if things had worked out with G back in school. However, it didn’t take long before I realized that these thoughts — fears — had nothing to do with G or our connection not working out. Rather, they had everything to do with my own inferiority about myself and my appeal as a woman — all of which I already held years before meeting him. I never thought about them out loud, but subconsciously I already had these hangups.

were my deep seated beliefs that came roaring from that episode. These limiting beliefs had always been in me; the episode merely brought them to light.

(I subsequently worked through my hangups surrounding love over the years, as I’ve documented in the following:

Doing so subsequently led me to find my real soulmate.)

Deeper Roots Beneath Your Relationship Fears

Now Anna, if you have truly moved on from that infidelity, chances are your fear of betrayal has deeper roots that extend before that infidel relationship. These roots may be from your past or from other fears about yourself. If so, you need to look past that infidelity because your fear doesn’t have (or at least, no longer has) anything to do with the infidelity. You need to look (1) earlier into your past, before that relationship, and (2) deeper into yourself, beneath your day-to-day thoughts and feelings, for your answer.

For example, Person X can experience a betrayal and conclude, “I may get betrayed again,” “There is no good man/woman out there in the world,” and “This new guy/girl I just met may seem nice but who knows if he/she is going to cheat on me after we get together?” These may seem like common fears but they are in fact terminalistic, fear-based conclusions.

However, someone else say Person Y can experience a betrayal too but walk away with the following thoughts, “It’s just this one-off — I’ll meet a good man/woman who will be true to me,” “There are plenty of great, honest, and loyal men/women in this world and I just need to meet the right one,” and “This new guy/girl I just met seems terrific! I look forward to seeing how things will unfold.”

Why the radically difference in thinking between X and Y, despite the same circumstances?

One possibility is that X has always been negative self-beliefs prior to the betrayal, such as, “”I’m not good enough to attract the person I like,” “I’m not deserving of love,” and “I may never find someone who loves me.” All the result of negative self-esteem, lack of positive experiences with love, constantly seeing relationships fail, or all of the above.

Hence when the betrayal happened, X could only see the negative aspects of it — negative aspects that corroborated his/her existing negative beliefs. These negative fears then filled his/her consciousness and became the dominant part of his/her thinking. While it may seem like these fears are the result of the betrayal, they aren’t. They are merely a reflection of X’s negative self-esteem that has been there since before the betrayal.

So what if the betrayal never took place, you ask? What if the relationship worked out and there was never any infidelity? Well, one possibility is that the person would naturally realize that his/her negative self-beliefs were false and let go of them. Quite unlikely though. The more dominant possibility is that his/her negative self-beliefs would manifest in other ways, even with a loving and authentic partner. Can you relate to the following?

On the other hand, Person B, not having existing negative self-beliefs, gets hurt from the betrayal but doesn’t walk away with a lingering fear of relationships. After moving on from the episode, he/she has renewed faith in relationships. He/she sees the betrayal as what it is — a one-off betrayal of trust by someone he/she used to love and trust, as opposed to proof that he/she is not deserving of love or that he/she will continue to be betrayed in future romances. The incident doesn’t get blown up into something that it isn’t.

Uncover and Let Go of these Negative Roots

So Anna, here’s what I recommend:

I hope this helps, and I wish you all the best in overcoming this fear and finding the love that you deserve. ?

If you have been feeling down on yourself or down on love in general, reach out to any one of our trusted psychic advisors. They can look deep into your energy and show you what areas need to be improved.