PsychicTXT | How to Keep Your Marriage or Relationship Strong and Beat the Statistics - PsychicTXT
3394
post-template-default,single,single-post,postid-3394,single-format-standard,layout-2cr,ajax_updown_fade,page_not_loaded,,large,shadow3 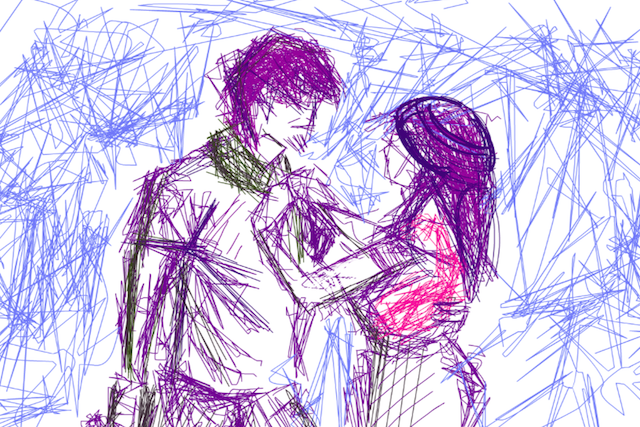 “Good relationships don’t just happen. They take time, patience, and two people who truly want to be together.” ~Unknown

You can`t take it anymore. Life’s getting boring, you fight over everything, your relationship has lost its spark, and you can’t look each other in the eye without feeling regret. Many marriages and relationships get to this place eventually.

According to recent surveys, one of every two American couples gets a divorce. This means you only have a 50 percent chance at making your relationship work, no matter how well it began. The only way you can turn things around is by making some changes in how you interact.

According to experts, these are the top eight tips that, if followed, will give your relationship a fresh breath of air. I’m not married, but I’ve applied these tips in my romantic relationship, and it’s gotten a lot stronger as a result.

1. Understand that there are usually underlying issues behind every fight.

Most of my past arguments with my girlfriend weren’t about money, but they usually happened when I was struggling financially because I was feeling bad about myself.

In the past, any time my girlfriend and I talked about finances, I would use aggression and humor to protect my ego and deflect the conversation elsewhere because I felt inferior.

It wasn’t about her, but I made her think it was. So yes, at many times, it’s not about you. It’s your partner being angry—even at themselves—that is causing problems.

What to do then? Ask them questions to help them get to the root of what’s really bothering them. If they have the self-awareness to identify what’s going on and they choose to share that with you, let them know you understand their feelings and agree to talk through this issue when they’re ready.

It can be hard to be understanding and to not take things personally when someone gets upset or accusatory, but this is the most helpful thing you can do. And they will likely remember this later when the same thing happens to you.

According to John Gottman, marriage coach and bestselling author of The Seven Principles for Making Marriage Work, there are four signs to whether a couple will separate or stay together. Gottman calls them The Four Horsemen: criticism, contempt, defensiveness, and stonewalling. Avoid these horsemen and your relationship will be a lot more connected and peaceful.

One thing that bothers my girlfriend is that I don’t talk when I have a problem—I mean zero talk, desert-like silence. It sometimes annoys me that my girlfriend is usually late to work and always leaves a mess behind her. But we no longer fight about both of these things. We know it’s energy consuming and that no one changes because of nagging, so we’ve learned to cope.

Now, she gives me my space when I’m not ready to open up about my issues, and I don’t mind spending an extra ten minutes each morning cleaning after her.

After forty years of coaching thousands of couples, Gottman reached the conclusion that you can never change a partner, no matter how hard you try. According to him, most couple disagreements are caused by deeply rooted personality traits and values that rarely change.

The solution here is to cope with your differences, avoid situations that worsen them, and develop strategies to maneuver them.

Studies show that emotionally intelligent people have happy relationships because they’re able to defuse conflicts with minimal or no damage.

Researchers found that the best way to both increase emotional intelligence and settle a fight is by being able to name out loud the emotion your partner is feeling at the moment.

You’re not a psychic, I understand, but most of the time you’ll be able to tell what they’re feeling or why they’re angry with you. Translating this understanding into phrases like: “I know you’re angry,” “It feels sad, I know,” or “I bet you’re worried,” will lessen that emotion intensity and potentially prevent fights.

In her book How Emotions Are Made: The Secret Life of the Brain, psychologist Lisa Feldman writes:

The next time you want someone to feel less tense, show that you understand their experience by naming what you think they’re feeling, be it anger, frustration, fear, or something else. You may not identify exactly what’s in their heart, but you’ll likely disarm them by showing you’re trying to understand and empathize with their feelings.

5. Take responsibility for your part.

Blaming is the quickest way to turn a small conflict into a fight. According to Gottman, couples who stay together longer don’t blame, but rather share equal responsibility over conflicts.

They use phrases like, “This isn’t completely your fault; I know that part of this is me” in order to soften things between them. Thus they’re more likely to end conflicts peacefully.

When I was struggling financially after quitting my job, I didn’t want anyone else to know, especially my family, since I’d already rejected a prosperous career in engineering to do marketing.

I felt bad when I knew my girlfriend had told my parents on the phone, and I was tempted to get angry. But then I realized I shared part of the responsibility because I hadn’t made it clear that she shouldn’t tell anybody, and she realized she should’ve asked me before sharing this information with others.

6. Help when you can, even when it’s not your turn.

When you count favors, you turn your relationship into a game, and in games there’s only one winner. If you can help with something, do it, even if it’s not yours to do. In other words: Help when you can, not when it’s your turn.

See some dirty mugs while waiting for coffee to brew? Wash them. Going out? Take the trash with you. She’s sleeping like a zombie and the baby is crying? Change his diaper; don’t wake her up, even if it’s her turn.

These little things matter, and many partners appreciate them and will repay the favor by doing the same for you. Of course, there are times when relationships get unbalanced and you may realize you’re being taken for granted. But so long as there’s equal give and take overall in your relationship, it serves you both to stop keeping score and to help whenever you can.

7. End the day on a positive note.

Among fifty activities couples should do to build intimacy, Gottman puts reuniting as his most important choice. He recommends that couples reunite at the end of the day and talk about how it went. This will settle lingering conflicts and help them end the day on a positive note.

Darren Hardy, founder of Success Magazine, does this every day and swears by it. He simply writes one thing he appreciates about his wife that day, be it how she looked, what she said, or how she made him feel. Hardy recalls the nicely wrapped notebook, with one year worth of notes, he gave to his wife as her most-favored birthday gift.

Taking notes works because it`s another form of gratitude which, according to studies, makes you happy and attract positive things in life. This will also help you see your partner is a more positive light instead of focusing on their negative side.

Like any good thing in life, you have to invest big time to make a promising relationship work. You will have to let go of your ego and learn when to admit you`re wrong, when to be flexible, and when to stand up for yourself. It may be take a lot of effort to turn things around, but it’s well worth it.

MJ is a fitness and health blogger at healthline.com and a great fan of the gym and a healthy diet. He follows the trends in fitness, gym, and healthy life and loves to share his knowledge through useful and informative articles.

Are you in a turbulent relationship? Trying to make it work everyday? Do you need help to figure out whats wrong? If so, reach out directly to any one of our talented psychic advisors today. They can look deep into your connection and provide you with the insight needed to turn things around right away.