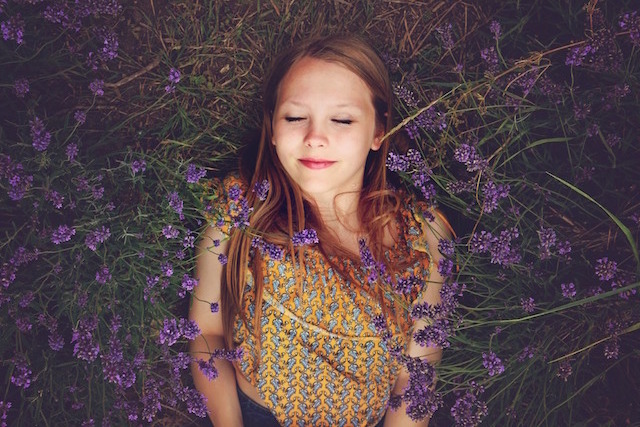 The Power of Silence: Free Yourself from Painful Thoughts

“Within you there is a stillness and a sanctuary to which you can retreat at anytime and be yourself.” ~Hermann Hesse

As a child, I hated when someone told me to sit still and be quiet, and rightly so. I was young and full of energy; every minute of being still and silent was a minute of missing out on this magnificent life.

Then, as I grew older and entered into teenage and young adult years, it grew into a fear with a capital “F” of being still and silent; for as soon as I was quiet and still, the noise in my head got increasingly louder and more powerful.

If the chatters of my head were beautiful, joyful, and empowering, that would have been uplifting. But they were voices of judgment, negativity, and self-loathing, nothing else.

To me, those chatters, voices, and thoughts were me. My head would chatter day and night, even in my sleep. Noise, heaviness, thinking, and more thinking, sometimes my head felt like it was about to explode.

I wasn’t even aware I was thinking. I was just on autopilot. I would act and react and get triggered into waves of emotions and feelings, which churned into more turbulence, heaviness, and weariness.

Everything became dysfunctional because I couldn’t interact effectively with people or life. My whole reality, both inside and outside, was warped.

I was a paranoid, fearful, self-loathing, neurotic human being, so my life and world were full of fear, anger, and depression. Life was an endless battle, as everyone and everything was always against me.

I got to the point of total exhaustion. I eventually lost all coherence and overdosed on pharmaceutical codeine painkillers, just so I could have peace, silence, and rest. I was totally depleted, and I felt I had lost my battle with life.

Lying in the hospital, slipping in and out of consciousness, I deprived someone else who was probably critically injured and in need of the bed. But I had a moment of peace and silence because I left my body and head.

As I stood and looked at my weary body and still very heavy head, I was in the silence. At that moment, the question arose, “If I can see and look at the ‘me’ lying on the bed, then I must not be ‘me,’ so who am I?”

Of course, I never spoke about this or they would have said I was having hallucinations and sent me straight to the loony bin.

Amazingly, I survived and took off far away where I couldn’t be found, nor forced to take medication. It was inevitable; I had started on the quest. I had to find that silence again, for it was real.

What was that silence and stillness that I glimpsed? I knew from that day on there was something more. Over the course of the following years, I rediscovered and nourished that silence, and it grew to be my anchor, healer, and guide. Here’s what I learned.

Make time for yourself every day to connect in some way with nature. Walk barefoot on the grass, swim in the ocean, watch the sunset, stroke an animal, or even weed the garden. Submerging yourself in nature, and you will experience silent, unconditional, utter bliss and peace from your core.

Every time I’m in nature, I find that time literally stops and thoughts quiet. All that’s left is the beautiful sounds of birds chirping, water trickling, winds howling, and all the gaps of nature’s silence in between.

Feed and grow that silence.

Reading spiritual books or articles, listening to enlightened masters, practicing yoga or qigong, listening to music that you resonate with, dancing and moving your body will feed and nourish your silent core within.

Meditation is the ultimate channel and food for inner silence. However, unlike nature, which is effortless silence, meditation may be slightly more challenging. Sitting or lying there unmoving and in quietude, the brain may seem anything but silent or still.

I used to find that whenever there was drama in my life, my brain would get louder. The thoughts were more controlling and dominating, the emotions more intense, and my energy zapped. It was almost like my thinking brain was sucking up all the energy from my entire body.

But I continued to feed and grow that silence by persisting and holding in quiet meditation, or nourishing it through active meditative activities that anchored it.

Even if the silence was minuscule, I always chose to stay in it. The less attention I paid to the thinking mind, the softer and dimmer the thoughts became, and the more the silence and stillness grew.

Instead of resisting or fearing your thoughts, simply be aware. Allow them to be, but don’t attach to them. You have a body that feels and a brain that thinks. They are a part of you, but they are not you.

Silence and stillness came hand in hand. Together, they were my best friends. I loved my early mornings and nights just before bed, for when I shut my lids in meditation I disappeared into the void of peace, stillness, and silence, my essence.

Silence and stillness are teachers.

In silence, my head was lighter and clarity emerged on its own accord. Unfathomable strength revealed itself, which helped me let go of my painful past, forgive those who had hurt me, release pent-up emotions, and unfold into compassion and my true nature of unconditional love. Through the healing, my silence is now infused with deep wisdom.

Sometimes, like myself, you may find yourself careless and allow this connection with your silence to lapse. Perhaps your excuse might be, “No time, too hard, later, tomorrow, next week, after I finish this project, after I solve that issue. Life’s too good right now, I’m fine so I don’t need it.” Then bang!

A big wave inevitably comes along, catches you off guard, and dumps you straight into the mouth of the controlling mind again. The silence may shrink and disappear. That’s only human.

Hold yourself in the space of compassion and return to the voice in the heart. That will lead you back into silence and stillness. The voice in my heart is the silent voice, no words, simply a knowing.

The more I listen and follow, the stronger it becomes. It has about it an air of strength, love, wisdom, and joy. It works magic, it leads me to meet people I am meant to meet, go to places I am meant to go, and do things I am meant to do.

With devotion and commitment, the work of maintaining and sustaining your silence will naturally become a joyful routine and not a chore.

There will also come a day when there is only silence and stillness, and that is all. All else arises out of that silence. And flow emerges. The result: Reverence, unconditional peace and love, and infinite possibilities.

What does this mean? You transcend your limited physical reality, know the true bigger picture, and now integrate your wisdom and truth into manifesting your soul purpose in life.

Patsie Smith is a spiritual author, self-healing and self-realization facilitator, meditation and yoga teacher. She can be connected at www.spiritpond.com.

If you have been feeling down on yourself, the world or down on love in general, reach out to any one of our trusted psychic advisors. They can look deep into your energy and show you what areas need to be improved. They can you prioritize, sort, connect with your internal thoughts and feelings. They can also let you know how close one of your soulmates really is. Talk to one of our advisors now.