PsychicTXT | There’s More to Life Than Being Busy: Why I Took a Pressure-Free Pause - PsychicTXT
3576
post-template-default,single,single-post,postid-3576,single-format-standard,layout-2cr,ajax_updown_fade,page_not_loaded,,large,shadow3 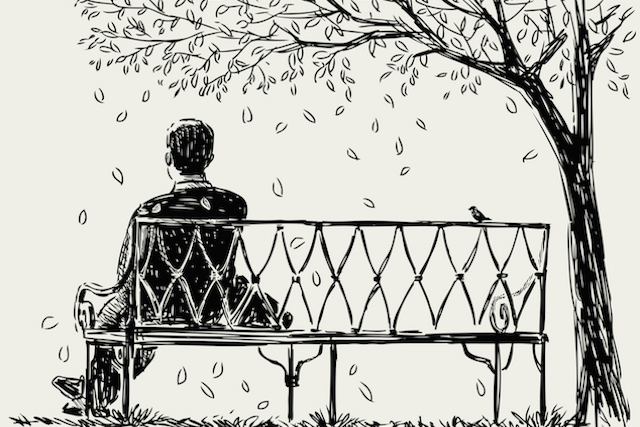 There’s More to Life Than Being Busy: Why I Took a Pressure-Free Pause

22 May 2018, by psychictxt in Healing, Health, Life Path, Life Skills, Personal Development
By Will Aylward

“When we get too caught up in the busyness of the world, we lose connection with one another—and ourselves.” ~Jack Kornfield

It was a Monday a few weeks ago, 6:00am, and I was taking a morning walk. The only light in sight was the neon yellow glare of the street lamps.

My heart was heavy. It was as if someone had cut my chest open while I was asleep and slipped a cannonball inside.

My alarm had awoken me at 5:00am, as it had every morning since the start of the year.

My shoes crunch-crunched in the snow as I trudged along, ignoring this dull ache in my chest, telling myself “It’s just resistance to being up so early. Keep pushing through; gotta get those 12,000 steps today, Will.”

I got to the end of the road, a mere eighty or so meters from my house, and WHOOSH, a wild wave of emotions washed over me, forcing me—jolting me—to stop walking and stand still and silent in the snow.

I stood and stood as if I’d fallen asleep upright and frozen to death.

This whooshing wave felt like a panic attack. Except it wasn’t.

It was this feeling coming from my chest, the one I had tried to ignore. If its first attempt to get my attention was a whisper, this was a shout.

And it was shouting in desperation ”LISTEN TO ME, WILL’.’

Without consciously making the decision, I turned and walked home.

I’d barely walked for two minutes, not quite the forty-five-minute morning walk I had planned, but something inside of me, I can’t explain what, told me this was long enough for today.

Arriving home, I sat down at my desk to give this feeling some attention.

My eyes closed. I did my best to give a name to what I was feeling…

Was it sadness? Nope. Dissatisfaction? Closer, but not quite. Pressure? Yes, pressure! I was feeling pressured!

The next logical question for me was, why? Why was I feeling pressured?

You see, lying there in the center of my desk, scribbled on a piece of paper, was my list of jobs for the day, and it was a long, long list.

An intimidating list detailing emails to be sent, words to be written, opportunities to be created. More. More. More. This list was going to keep me occupied almost every waking minute of the day, having me run around like a headless chicken, stuck in doing mode.

Sure, there were self-care rituals—meditation, Qi Gong, walks dotted throughout the day—but even these seemed like chores within my strict schedule, just something else to tick off.

Supporting myself through this, next, I pondered the question:

How can I take this pressure off of myself?

At first, no ideas came to mind, nothing, nada.

Then an insight arose which brought with it an air of refreshment followed by fear.

My heart was speaking to me again, the same voice that had spoken to me earlier on my walk, now providing me with an insight to take time off.

Which was fascinating because the voice of my mind had been telling me to do the exact opposite previously, telling me to write out a big long list of to-dos.

It was my mind that had told me to wake up at 5:00am so I could do more during each day.

It was my mind dishing out the restricting need, must, and should statements.

The thought of taking time off was refreshing, but the fear was: What would happen if I stopped living in doing-mode for some time?

After a little more reflection, my heart gave me a complete ‘prescription’ to take the pressure off of myself. It involved three stages.

1. Distinguish between non-negotiable commitments and desires so that I could be more flexible.

So much of what I thought were non-negotiables were not. They were nothing more than rules I had created. For example, I had told myself I must finish my studies by March. In truth, I don’t have to; this is just a desire.

I still had a list of commitments I couldn’t stop entirely, but it was a much shorter and more manageable list!

2. Pause my desires to relieve the pressure.

Once I’d identified my actual commitments (work, family, household duties), I looked at my list of desires and gave myself permission to pause these.

This was when fear crept in again…

Am I allowed to pause my commitments?

Am I allowed to say no to people?

The answer is yes.

I decided on a three-week pause period where I would concentrate only on actual commitments and, of course, concentrate on taking care of myself.

I decided to pause my studies, any reading for learning (as opposed to enjoyment), any business-related activities, being active on social media—anything I felt I could pause temporarily without jeopardizing myself.

Within my three-week pause period, I set some gentle intentions for how I would spend my time. After all, I had created a lot of time by simply pausing the desires that were causing the pressure.

So I asked myself a different question.

Rather than “What must I do?” I asked myself “What would I love to do?”

Some of my answers included:

– Resting. Sleeping longer and napping during the day. My long days were making me feel exhausted.

– Spending more time outside in nature. I was spending too much time in the online world, staring at computer screens all day. I’ve found myself on my walks, just pausing, closing my eyes and enjoying the warmth of the sun on my face.

– Spending more time with girlfriend, Yvonne, and my family and friends. I know the quality of our personal relationships is a huge determining factor in our levels of happiness. I’d been a little neglectful of this.

– Reading more fiction. I normally read to learn, which I love, but it’s tough going. I wanted to escape to some far-off fictional land!

– Practicing the act of appreciation. Tony Robbins says, “Trade your expectations for appreciation and your whole world changes in an instant.” Having dropped my personal expectations of myself and switched to appreciating, this has certainly been true for me. Each night I’ve been listing ten things I appreciate.

I’m two weeks into my pause period and I’m pleased to say I’m feeling refreshed. My personal relationships have improved, the weight has been lifted from my shoulders and chest, and I feel somehow I’ve gotten out of my own way.

Perhaps I was being busy in an illusionary attempt to feel in control of the areas of my life I wished to move forward.

This may be true.

I also feel we often stay stuck in ‘doing mode,’ moving toward our goals, because we feel on the other side of those actions and goals is what we really want.

And what do we really want? I can only speak for myself, of course. When all is said and done, what I really want most is the freedom to enjoy my life and to feel good.

By taking a step back, I’ve realized an important truth.

I have this freedom, right now.

It’s a funny world we live in where we work so long and hard to essentially buy back our freedom at a later date.

It’s far easier to appreciate the level of freedom we have right now, before pursuing more. This has been my biggest lesson.

There is absolutely a time for actions, progress, a time for being down on our knees planting seeds.

However, we need to be mindful of when it’s time to pause and take a step back and enjoy the warmth of the sun on our faces.

Will Aylward lives to help others and spends his days coaching people to become more confident in themselves and their ability. Will’s loves are travel, drinking good coffee, turning strangers into friends, and making music. Will lives in Germany with his partner (in crime), Yvonne. Visit him at willaylward.com.