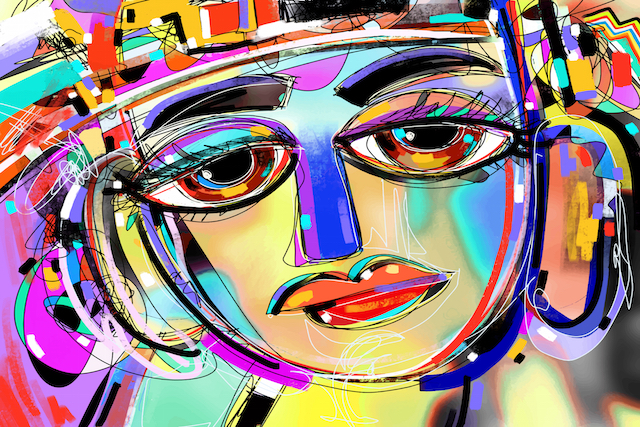 I’ve battled depression for most of my life. In my younger years, it gripped me pretty frequently. I was first hit with suicidal thoughts at the age of fifteen, and it scared the bejesus out of me. I was young and dumb and had no idea what was happening.

When I was twenty-five it hit again. This time, however, I understood the cause. I was getting divorced, and my entire life was in turmoil.

It was at this time that I decided that I was going to do something about it. So, I dove into the world of personal development. I read every book I could get my hands on.

The following are some realizations I’ve had about depression and what’s helped me break free from it. This may not work for everyone, but perhaps there’s something here that can help you.

Depression is like a Chinese finger trap: the more you try to get free, the more trapped you become.

When I was younger, I would try to fight my feelings. I believed in facing my challenges head on. As any young man would do, I would see myself as the hero of my own story and depression as the villain.

The last time it hit me, however, I wasn’t nearly as brazen. I laid in my bed and the feeling washed over me like a flood. One minute I was okay, and the next I was going haywire.

All I could think about was killing myself. And the crazy part of that is that I had a great life, and that I didn’t want to actually do it. I just wanted the intensity to end. I wanted to be free from the feelings that penetrated everything I did.

Depression is like a Chinese finger trap. The more you fight it, the more it gets you in its grasp. And the only way to get out is to do the very thing that you intuitively feel is wrong.

You only get free from depression when you lean into it.

I know that goes against every piece of self-help advice that exists. But depression is a different animal. You can’t positive-think your way out of depression because this kind of mental battle is a big part of what causes depression in the first place. Obsessing over your thoughts keeps you stuck in your head.

It’s a trap of the most frustrating form because your attempts at defeating depression often serve to keep it firmly in place. In other words, your resistance to depression causes it to strengthen its grip on you.

There is a concept in psychology and cognitive behavior therapy (CBT) called “exposure therapy.” The idea is that the more you expose yourself to the thing you fear, the less intimidating and fearful that thing becomes.

I was able to get over my fear of snakes in this manner. One summer I made the goal to hike a certain trail near my house. However, the trail constantly had snakes on it, and I was deathly afraid of them.

I didn’t want to give up on my hiking goals, so I forced myself to walk past the snakes. Eventually I realized that they are relatively harmless and won’t bother you unless you bother them.

Do you fear your depression? I know I did, especially when it became so bad that suicidal thoughts would creep in. I would spend many a night in bed just lying like a brick, afraid to move because I was scared that I would do something to hurt myself.

When you lean into your feelings, they dissipate.

I saw that things like negative core beliefs and unhappiness with my career and finances were contributing to my depression, and that I needed to deal with those things. Depression, then, was more of a symptom of the real problem rather than the source.

You don’t beat this enemy by fighting him. You beat him by standing in front of him and telling him that you are not afraid. And then you deal with the things that make him strong.

I liken depression to a storm. It will hit you all at once, but it won’t stay around forever. If you wait long enough, the feelings will pass. And what is left after the feelings pass is in your hands.

You can choose to let the storm of depression keep you in a depressed state even when the actual feelings aren’t there. Or you can pick yourself up, dust yourself off, and keep moving forward.

Leaning into your feelings releases their power over you, but you still need to wiggle yourself free after you release your feelings.

This is probably the most important part of dealing with depression.

It’s not enough to just face your feelings and lean into them. If you’ve ever played with a Chinese finger trap, you eventually realized that to release its grip on your fingers, you had to push them further into the trap. However, to truly get your fingers free, you had to wiggle them back out slowly.

This is exactly what depression is like. You may not have control over when depression strikes. You may even need medication to deal with it. But you can control what you do when you’re depressed, and you can break free. I am proof of that. I’ve battled this feeling, this inexplicable feeling, for most of my life. But I now know what true joy and true happiness is.

You can know joy too. You can get past depression when it hits. You don’t have to let it define you any longer.

How do you wiggle free? I use a process of deep introspection, mindfulness, and work toward a powerful purpose in my life.

At the root of my depression were the most insecure and sensitive things I thought about myself. This is true for many of us. These beliefs run under the surface of our psyche like a motor. Pay attention to the things that make you emotional and look for the beliefs you have about yourself that are behind them.

For example, I used to feel shame whenever someone would single me out in front of others. While this is a common feeling for people, I looked for the belief that may have been fueling that. I discovered that underneath it all was an old belief from childhood: “I am bad.”

Now, when I recognize that this belief is surfacing, I remind myself that it’s human to make mistakes sometimes, and that doesn’t make me a bad person. This prevents me from spiraling into a shame cycle, which can easily lead to a depressed state.

You have negative beliefs about yourself as well, and, while it’s an extremely emotional process facing them, it’s also cathartic. Find someone you trust and talk to them about these thoughts and feelings. Or journal about them to understand why you formed them and how you can let them go.

Another powerful tactic for wiggling free from depression is mindfulness. I like to solve puzzles or do something creative to take my mind away from the thoughts that depression causes me to have.

Note that this isn’t meant as a way to avoid your problems. Depressed thoughts are like a tape that plays automatically in the back of your mind. When you immerse yourself in an activity, you interrupt that tape and break the negative cycle so that you’re no longer fixated on negative thoughts (which is akin to pushing your finger deeper into the trap).

It’s also helped me to fix my finances. They say that money can’t buy happiness, but that’s not the entire truth. According to this study, our income can actually increase our happiness up to a certain amount, since it’s easier to be happy when we’re not struggling to survive.

To fix my finances, I stopped wasting money on things that weren’t bringing me joy (such as a cable subscription) and focused on ways to increase my income. I learned pretty quickly that, although being rich doesn’t make you happy, I feel a lot more at ease when I’m not living paycheck to paycheck.

In my case, I found that the career I was in was making me more depressed. I was an engineer, but the long days sitting in a cubicle were driving me mad. I wanted a career where I felt like I was doing something that mattered.

And that leads me to the final point…

You are not your depression. You are the person who is feeling depressed.

Until I realized this, I was seeing myself as a depressed person, and I was allowing it to define me.

You are not your feelings. Stand in front of a mirror and shout that to yourself. Scream it to the world. You are more than that.

You are whatever you choose to be. See the possibilities of who you can be and move toward those things. Don’t let depression beat you up and keep you trapped. The door is open. All you have to do is walk through it.

*Disclaimer: Depression can have many different causes, and different people may need to take different approaches to healing. Don’t be afraid to seek professional help if nothing else has worked for you. There’s no shame in needing or accepting support!

James Leatherman is a teacher, freelance writer, and owner of Leatherman Media. His passions are reading, writing, hiking, and traveling. You can find more articles like this on his website, Happy Mindsets.